We are delighted to announce that Dina Brawer will be with us as Scholar in Residence https://www.cialissansordonnancefr24.com/ on several Shabbatot and other occasions during the forthcoming Jewish year 5776, 2015-16. 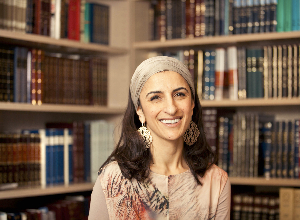 Dina is a well-known informal Jewish educator, and has previously visited and taught at our Shul where she was very well received. In her professional life, Dina delivers training to volunteers at Jewish Care. She was born and raised in Milan and studied in Jerusalem and New York. She obtained  a BA in Jewish Studies at LSJS and holds a Master’s Degree in Psychology and Education from the Institute of Education. Her academic areas of interest are Educational Philosophy and Women & Halacha. Dina will be engaged in a range of events at several points during the year. In particular, she will be delivering shiurim as Scholar in Residence on Friday 23 October (Shabbat UK) and on the Shabbatot of 5 December 2015, 23 January 2016, 27 February 2016, 12 March 2016 and 14 May 2016.

We are thrilled to be able to draw on Dina’s talent and experience, and our intention is that in the future our community will have the opportunity to learn from many further women scholars.