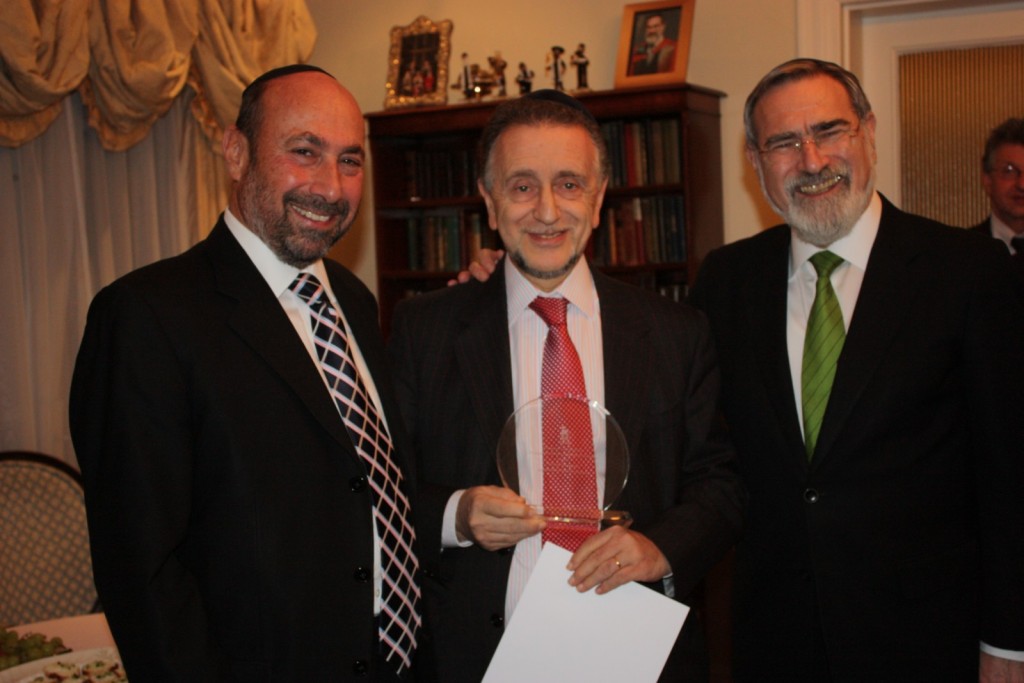 Nominated by his Board of Management and Rabbi, Michael Haringman has been chairman of Hampstead Synagogue since 1997. He has overseen many positive developments in the community over the last 15 years, with his greatest achievement being the driving force behind the spectacular renovation of the Synagogue.

Michael Haringman commented: “My thanks go to Stephen Pack for honouring me with this award. Without the support of my community, Rabbi Dr Michael Harris, the Honorary Officers and Board of Management, this would not have been possible. I look forward to continuing my work at Hampstead and helping the community grow from strength to strength.”

Stephen Pack commented: “I am delighted to present the first ever US President’s Award to Michael Haringman, Chairman of Hampstead Synagogue. Since I have taken up my role as President of the US, I can really appreciate the huge amount of hard work by our Honorary Officers and Lay Leaders in all the communities. Whilst the Centre provides the infrastructure, it is the Shuls that are the heart of the organisation. I would like to congratulate all of the other nominees for their hard work in making their synagogues a place where all community members feel proud to be a part of.”

We can use all sorts of skills! Just 30 minutes of your time can make all the difference to our community. Speak to Hayley or a Board member now.

NO SERVICES CURRENTLY DUE TO THE CORONAVIRUS RESTRICTIONS