16th June 2015
The sun may have been absent, but that only meant it was a traditional British BBQ in all senses of the word at Hampstead on Sunday. 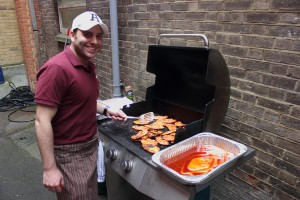 Despite the lack of sunshine, we had a fantastic spread of food once again prepared by our very own Josh and Yocheved – from tasty burgers and hot dogs, to mouthwatering chicken, chips and salads. 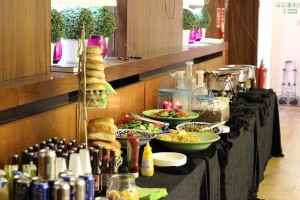 Not only did he prepare the food, but Josh downed tongs to run a very special 1K on behalf of US Futures. Why was it special? Because it was a three legged run with none other than Rabbi Harris! While other Rabbis made their runs in the safety of Allianz Stadium, Josh and the Rabbi braved West Hampstead on a Sunday – running up and down West  End Lane, arriving back at the shul to cheers. 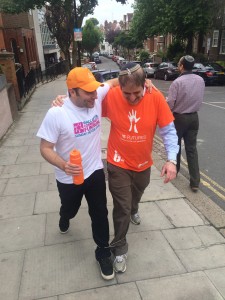 And after they recovered it was straight on to the illusionist show with Rabbi Shisler, the only Rabbinical associate of the Inner Magic Circle. Rabbi Shisler wowed us all with fantastic slights of hand, card tricks, rope tricks and musical frogs, with the help of some Hampstead kids and the Rabbi (it was a busy day for him!). 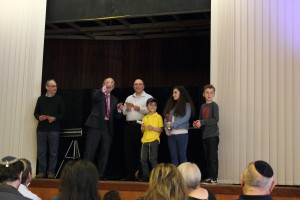 All in all, a tasty, magical day at Hampstead.