What’s Rabbi Michael up to?

This article appeared inthe Hamodia newspaper on 16th February. It is about the Dayanut Programme which I began studying on a few months ago. The Programme is proving very stimulating and enjoyable and I hope to share in Shul some of what I’ve learned soon. So far, we have been focusing on issues in Jewish family law such as how Jewish status is established nowadays, the status of kohanim and special laws applying to them, and how Jewish Law developed from allowing polygamy to an insistence on monogamy in the Middle Ages. 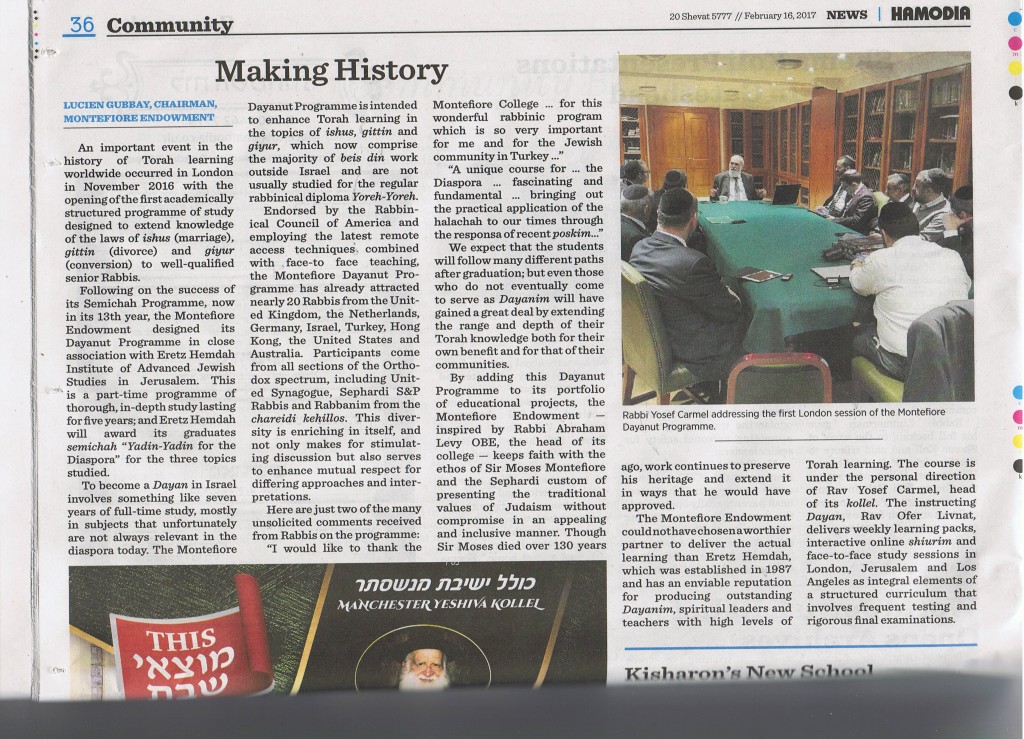 We are reopening our doors on 1st day Pesach.
Then we are open 7th and 8th day and then every Shabbat.
We are still rigidly adhering to the Covid protocol as laid out by the United Synagogue.