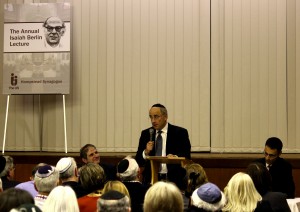 Hampstead was privileged to host Sir Brian Leveson for the “Bar Mitzvah” Isaiah Berlin Lecture on the evening of Thursday, 12th of November 2015. 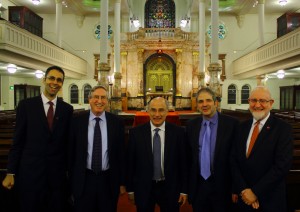 As Sir Brian noted, the timing of his talk was perfect, with the introduction of the new Investigatory Powers Bill, but he stressed that as he chose the topic of the talk months ago, it should not be taken as a comment on current issues!

Sir Brian’s talk took us through a range of concepts, from the issue of trial on merits to the meaning of the first duty of government to protect its citizens. The talk looked at the evolution of judicial principles, starting from the strange case of a whether a man born in Scotland at the time of James VI – who was also James I of England – could be thought to owe allegiance 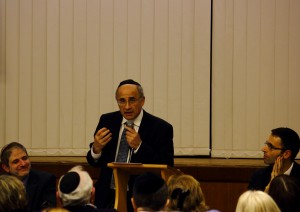 to the King of England, all the way through to how to deal with cases involving terabytes of computer data, seeking to answer, or at least pose the question, to how to go about any reform of the judicial system while still retaining its essential principles. In particular, through the use of information technology to improve case management and change its focus to finding the best way to solve a dispute (rather than getting to a judgement smoothly) and a focus on  preventing re-offending through the means of systems such as problem-solving courts. Ultimately,  any reform can only be justified in so far as it is a means of achieving the proper ends of justice – as Isaiah Berlin might have warned, if we neglect fundamental issues the results may be both surprising and dangerous. 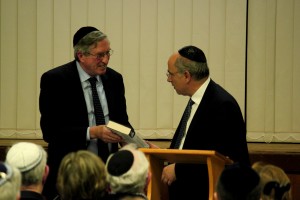 Following the talk, Sir Brian took questions on a range of topics, including media regulation (“Read my report”) and the number of people in prison and the impact of sentencing guidelines. At the end of the evening, Sir Brian was presented with a copy of the final volume of Sir Isaiah’s letters. The fulsome applause was testament to the calibre of the talk, and of the speaker.

A full version of the talk can be found here.